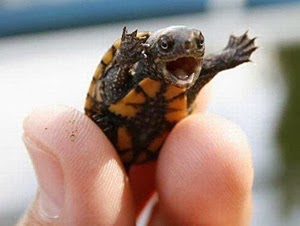 Sometimes we are impatient. We want what we want - NOW! But we find out that now might not be the best time. Everything happens exactly when it is meant to happen - the most perfect time. If you had not missed the bus you would not have met the person that sat next to you right after. If you had left the party, you would not have had the best night in a long time. If you don’t allow something the chance to live and to breathe you may lose out on one of the most meaningful instances in your life.

Once you’ve mastered going with the flow and connecting to your journey, you must now pursue carrying on with joy. Knowing full and well that the choice you made, the path you’re taking is going to lead to your best good. It is being hopeful and expecting wonderful things while you wait.

Having faith that all the desires of your heart will manifest in the most divine time, then whether your journey is straight or ruffled (and most times it is a challenge); then you should be able to learn patience with joyful anticipation. You’re going to win the prize! Yes, YOU! :))

Love Jair
Posted by Journey with Jair at 12:11 AM No comments: 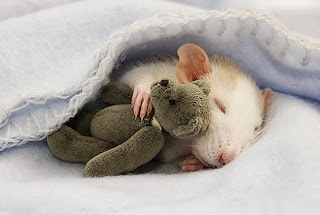 In life, we struggle with our current states changing into others we’re not 100% sure of; but it is when we release and trust in the future we’re pleasantly surprised with greater gifts, greater outcomes, and just greatness in general.

It can be simple things, or things on a much larger scale. Don’t be afraid to focus and put your energy on that driving force or yearning/calling in your life; follow that path with all your heart and it will lead you to where you need to be. What’s your favourite now, may be wonderful, special and perfect for this moment, but once you release that favourite in pursuit of growing into a better you, your favourite thing will become new and improved or you will find a new favourite.

Fear not, you’ve got the entire Universe standing by your side, rooting for your dreams to take flight! Everything falls into place at the right time, so make a choice and stay positive with your choice, it will instill a comfort unlike any other; an embrace of clarity that cannot be compared with anything else.
Posted by Journey with Jair at 11:38 PM No comments: 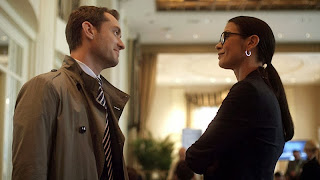 “What do you doctors call faking? Malingering? Such a funny word. Girls learn to fake things at a very early age - probably around the same time that boys are learning to lie.”

One of the best movies I’ve seen in a long time. Suspenseful, excellent soundtrack, phenomenal acting, thrilling and gripping story, with loads of drama! Writer Scott Z. Burns struck gold with this story about a young woman’s life unraveling after taking pills from her psychiatrist. Directed by Steven Soderbergh, this 2013 Crime/Drama/Thriller won 2 nominations and kept the audience wanting more.

Rooney Mara (known for American version of ‘The Girl with the Dragon Tattoo) stars as the young troubled woman, English veteran Jude Law plays the role of her psychiatrist, and Channing Tatum and Welsh sweetheart Catherine Zeta-Jones (who threw all her ‘sweets’ out the window for this film) also joined in the fun.

With a run-time of 106 minutes and a budget of $30 million USD, this film surprisingly only made a profit  $2 million USD; however left an exceptional trail of exciting viewers and reviews. Actors and Actress’ can only dream of displaying roles with such range and splendour! ‘Journey with Jair’ recommended for a night of extraordinary fun!

Posted by Journey with Jair at 5:27 PM No comments:


**Can't sing? That doesn't mean you can't enjoy beautiful music - Check out these monks giving thanks! :))
Posted by Journey with Jair at 5:23 AM No comments:

“Sometimes the most real things in the world, are the things we can’t see…”

In the spirit of Christmas, here’s a lovely, heart-warming, animated, adventure film fit for the whole family. This is one to add to your in-home collection. Based on the novel by Chris Van Allsburg and adapted into screenplay by Robert Zemeckis and William Broyles Jr. and directed by Robert Zemeckis, even though they didn’t make back half of what they spent in production, they were nominated for 3 Oscars.

I will admit it wasn’t the most alluring special effects but it was a perfect story! Tom Hanks shone as multiple voices throughout and Leslie Zemeckis, Eddie Deezen, and Nona Gaye also joined in to paint this wonderful story of self-discovery. Your dreams never fade away and always take life when you believe!

This fantasy film will open your eyes and your heart; it will make you laugh out loud and shed a tear or two. It reminds us that doubt leads us nowhere and that life takes flight when you are ready for the adventure!

Posted by Journey with Jair at 7:36 PM No comments:

Written and Directed by Danish film-maker Lars von Trier (whom you may remember from ‘Breaking the Waves’, ‘Dancer in the Dark’ and ‘Dogville’ starring Nicole Kidman) this 2011 Sci-Fi/Drama was quite symbolical, artfully shot and leaves the audience depressed out of their minds. Filmed in two parts signifying the decaying relationship of two sisters, this film not only is thought-provoking but unfolds as slow as if we were there ourselves.

Starring Kirsten Dunst, Swedish Alexander Skarsgard, and English Charlotte Gainsbourg, it was a show of immense and intense acting skills amidst the gorgeous and opulent sets. Rated R for graphic nudity, sexual content and language, you’d want to keep the children away - not that they’d have much interest to stay around - this film is slow-paced and taps at our minds with brewing intent. With a run-time of 136 minutes, and an approximate $7 million USD budget; this film befuddled viewers and only brought in $3 million USD, but it won the hearts of critics and awards world-wide; receiving 31 wins and another 46 nominations.

Be sure you’re in a good place mentally when you watch this one; it seeps its way in with hundreds of un-answered questions, yet cleverly and superbly leaves us with metaphors, poetry and allegorical meaning.
Posted by Journey with Jair at 7:14 PM No comments:

I love cerebral fantasy dramas and had heard about this one last year starring dimpled Kirsten Dunst and phenomenal English Jim Sturgess (whom you may recall from ‘Cloud Atlas’ among others). This 2012 romance written and directed by Argentine Juan Solanas and with a budget of $60 million USD garnered many raised and confused eye-brows, no nominations or awards and a huge fail at the box-office. It was quite similar and had hints of the movie ‘Inception’.

With a run-time of 100 minutes and loads of CGI, it was a simple enough story between two lovers separated by two worlds with a tiny or perhaps colossal ‘flip-side’. Thrilling at many moments, wonderful cinematography and the audience feels for our main character Sturgess who plays ‘Adam’; however disappointed with the end as they jumped ahead and left many un-answered questions of how things became suddenly okay.

Still I found things to be a little predictable…Adam, Eden (surprising not Eve), disparaging worlds and  a love that’s so close but beyond reach. What did you really think would happen?

Posted by Journey with Jair at 8:51 PM No comments:


**Give a little, have some faith...you might get a whole more than what you asked for :))
Posted by Journey with Jair at 9:33 AM No comments: 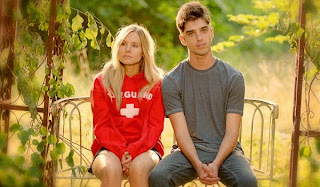 “Newsflash! Time moves in one direction!”

This 2013 drama-romance received one nomination and was for me quite disturbing. Written and Directed by Liz W. Garcia it’s subject matter could be one identifiable to many during the transition from 20’s into 30’s except for the awkward love story with graphic nudity and strong sexuality regarding a minor.

Keep the children away. No pun intended but this story involved many disturbing images with teenagers as well as drug use and pervasive language. Once the audience goes past those shocking reveals we focus on the wonderful camera work and close-shots, exquisite acting of Kristen Bell, and David Lambert (who in my opinion stole the show).

The soundtrack was helpful, however there was no powerful message or hint of inspiration in this one; it seemed to be one slow awful event to another until it ended abruptly and unsatisfactory. Sure anybody can lose their way and take a break to search for themselves again, but taking advantage and falling in love with a minor doesn’t really quite cut it.
Posted by Journey with Jair at 9:01 PM No comments: