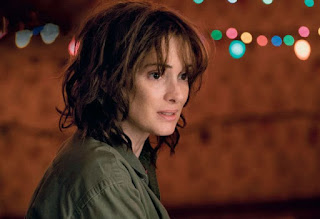 Saying that the 2016’s Drama/Fantasy/Horror Netflix Series ‘Stranger Things’ was inspired by 1984’s ‘The Terminator’ alone would be an understatement. As thrilling, enticing and seemingly “original” these episodes claim to be to numerous viewers worldwide it sadly is a ‘cop-out’ of many many Horror films from the 80’s and 90’s; think ‘Poltergeist’, ‘Nightmare on Elm Street’, ‘ET’, ‘Alien’ or any of Stephen King’s bestselling novels or movies. My question would be  to ask what is Stephen King’s point-of-view on the whole series!

Setting those thoughts aside, being that this new generation hasn’t been exposed to our classics from the past, and thanks to the excellent 2011 film ‘Drive’ starring Canadian Ryan Gosling, that revived and started ‘Retro New Wave 80’s music’ I can then say that ‘Stranger Things’ delivered as did it’s predecessors also have!

Garnering 36 nominations, including 2 Golden Globe nominees and another 4 wins it’s easy to see that the audience loved and would love our classic recipe for adventure, mystery and wild titilation! Created or I would rather say ‘re-created’ by American twin-brothers Matt Duffer and Ross Duffer, they were able to succeed in attracting gargantuan talent Winona Ryder (Edward Scissorhands) and David Harbour, Natalia Dyer and some of Hollywood’s top young actors including Caleb McLaughlin, Gaten Matarazzo, Millie Bobby Brown, Finn Wolfhard, Noah Schnapp as well as  stand-out actor British Charlie Heaton to bring the story to life!

The world is suffering from a sense of nostalgia and all things 80’s or anything resembling the wholesome world that made more sense is comforting to escape to. Mixing those emotions with misgiving terror and enough perplexity and cliffhangers, it brews in flying colours a massive success!

Posted by Journey with Jair at 10:09 AM No comments: 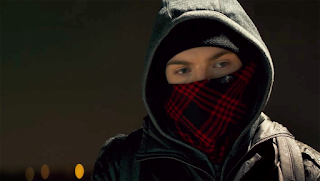 Netflix brings us another ‘original’ film, this time a 2017 British Action/Crime/Sci-Fi called ‘iBoy’. Starring British Bill Milner, Maisie Williams and Miranda Richardson. Written by Joe Barton and directed by Adam Randall the film was another reminder of how much ‘technology’ plays a massive part of our lives and the pros and cons at having it be there.

Decent acting by Maisie Williams and a breathe of fresh-air to see our leads not be the typical type-cast choices. With a budget of $1,5 million and a run-time of 90 minutes it was an expression of what we all might hope to do if we had super-powers and seemed revenge.

Great story, nice acting, and some great scenes, but unfortunately some things didn’t exactly add up for me. Surely a film’s charm is showing and not telling, but viewers quite appreciate it when they are able to identify with characters on screen, and I am not sure everyone was able to connect on this level.

Posted by Journey with Jair at 11:08 AM No comments: 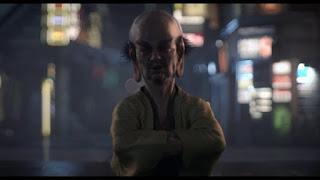 The realism of characters and monsters in this film were absolutely remarkable. There were moments I honestly forgot it was an ‘Anime’ film. The story-idea was promising and interesting, however not executed efficiently for my taste. I think the audience would have preferred to understand more of who, what and where in order to relate better to the story and characters.

Written by Japanese Hiroya Oku and Tsutomu Kuroiwa and directed by Yasushi Kawamura and Keiichi Saito this 2016 Animation/Drama/Fantasy had a run-time of 1 hour and 35 minutes. Highly entertaining and very reminiscent of those first-person shooter games. The blood and monsters made it all the more cringe-worthy!

Posted by Journey with Jair at 10:39 AM No comments: