Recommended to me by a fellow flight attendant; I had the pleasure of tuning in to this 2012 Biography/Comedy/Drama on a long layover this week. Little did I know that until 1967 Australia’s Aboriginal people, among the eldest people on earth were denied full citizenship by Australian government: they were not classified as human beings but as “Flora and Fauna”. I also did not know that as late as the 1970’s fair-skinned Aboriginal children were taken from their families to be raised in institutions with white families and taught “white ways”. Learning this made me sick; but it wasn’t a surprise as I’ve felt this energy even today when I visit Australia. Beautiful land but strange and saddening history.

Written and adapted into screenplay by Tony Briggs and directed by Wayne Blair this film had a lot of heart. Following 4 Aboriginal sisters with a dream of singing and becoming famous in 1968 during the height of war in Vietnam and still raging racism in many parts of the world; this story allows audiences to connect to not only their love of music but their journey into learning about soul music and ultimately at being strong in their own skin.

A lot of dynamics happening in this true story which adds even more to the depth of the already heavy story-line. The singing/music throughout helped to lighten the mood. Like any story of injustice this film makes viewers appreciate the struggles others deal with in this world and the actors successfully exhibit the strength needed to overcome battles sadly still faced today.

Posted by Journey with Jair at 2:26 PM No comments:

Pleasantly surprised by the scare this contemporary Drama/Horror/Thriller gave me! I found myself at moments looking from the corner of my eye because I couldn’t take what would happen next. Written and directed by Australian Jennifer Kent (her first feature film); this film had elements from the classics but was fresh and new in ideas and story. Essie Davis (who went to school with Kent) plays ‘Amelia’ our lead and she absolutely shone portraying a wide range of emotions, all believable throughout the course of this film.

Although this 2014 film with a 93 minute run-time didn’t triple at the box office, it is one of the most innovative, phenomenal and thought-provoking thrillers which since it’s release has won 36 awards and 45 other award nominations. ‘The Babadook’ was excellently shot and was rich in performance, that the atmosphere created made viewers heart’s skip a beat at all the right moments. I found the soundtrack as equally unnerving and it brought great depth and complexity to this eerie tale.

Babadook is an anagram of “A bad book” and coincidently if spelt “Baba-Dookh” in Hindi means “Father Grief”. The name of this film was inspired by the Serbian word for boogeyman or babaroga. With all that aside William Friedkin (director of The Exorcist 1973) said he’s never seen a more terrifying film than ‘The Babadook’. The difference between the way the both filmed their stories is that Kent made sure child-actor Noah Wiseman only delivered lines to an adult actor who stood on his knees because she didn’t want to destroy a childhood to make her film. The story is based on a short film she made in 2005 named ‘Monster’, and I must say she did a hair-raisingly good job! It is a masterpiece that will be remembered for years to come.

Posted by Journey with Jair at 10:34 AM No comments: 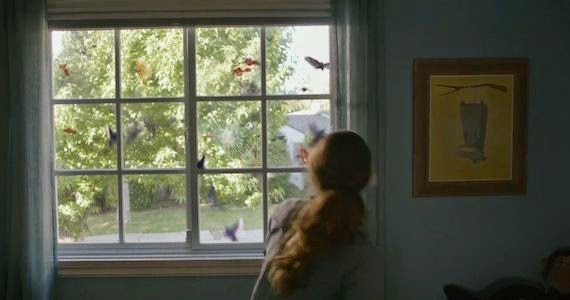 “Two possibilities exist…Either we are alone in the universe or we are not. Both are equally terrifying.”

This 2013 Horror/Sci-Fi/Thriller was surprisingly quite good. With remnants of other classic film techniques with a new twist this film was able to be set apart. Written and directed by Scott Stewart (Legion, Sin City), the pace and the way the film unfolds was quite comfortable. Although it seems quite predictable, it peaks in all the right places and gives us a surprise twist at the end. Keri Russell, Josh Hamilton, and Kadan Rockett all give decent performances. But it’s the acting from Canadian Dakota Goyo that stands on his own.

With an estimated budget of $3 million USD they grossed triple at the box-office. Great acting performances and terrifying and disturbing events were all enough to keep the audience gripped to their seats and wanting more. A thrill of the strange and unexplained, viewers could see the research put in this film to give it enough believability for such encounters. There weren’t any over-the-top CGI or camera tricks, instead just a story well-told.

Posted by Journey with Jair at 6:40 PM No comments:

This 2011’s Action/Crime/Thriller carried a lot of bunch. From fight-scenes, to things blowing up, it was more action and less talking. Written  and based on ‘The Professional’ by French Luc Besson and Robert Mark Kamen and directed by Olivier Megaton, this film brought in 5 nominations and 2 wins that year. Spanish Jordi Molla (Blow, Riddick) played the excellent villain to this story. Zoe Saldana who stars as ‘Cataleya’ displays wonderful acting chops; not to mention she does all her own stunts (no puns intended). Lennie James plays the Special Agent and helps audience understand the story and Amandla Stenberg who plays a young ‘Cataleya’ shows us her strength with just a stare.

Not really my cup of tea; nevertheless filmmakers try to explain the senseless killings by explaining that Cataleya played by Saldana has become an assassin to seek revenge of her parents. I can’t say I agree either with the tagline ‘Revenge is Beautiful’ - but I feel that the violence, and intense action could be slightly ignored because it was great to see a woman of colour, and a woman overall as a lead in this European movie. Kudos to Saldana.

With an estimated budget of $40 million USD this film grossed pretty much all back by the end of that year. It’s a film with gritty action that men will salivate to and women will feel a bit empowered.

Posted by Journey with Jair at 6:19 PM No comments:

“Nothing is more powerful than the human spirit.”

Written by Sergio G. Sanchez and Maria Belon and directed by J.A. Bayonne, ‘The Impossible’ starring Naomi Watts and Ewan McGregor was an unforgettable and gripping film that was nominated for 1 Oscar, nominated for 61 other awards and received 27 wins in 2012. This story was based on a true one and after complete destruction and separation it is one tragic family’s tale remembered.

This Drama/Thriller was absolutely disturbing and horrifying to think about but was so beautifully told and shot that it kept viewers glued despite the chaotic circumstances. With an estimated budget of 30 million Euros they were able to make back $180 million USD worldwide. Mediaset Espana, Summit Entertainment, Apaches Entertainment among others stood by to help produce this film. With a run-time of 114 minutes Naomi Watts, Ewan McGregor, Tom Holland, Samuel Joslin and Oaklee Pendergast made the audience completely believe that they were a real family and that they fought their hardest to stay together.

This film really gave a first-hand account of what the tsunami in Thailand was like and what this family and many other families may have experienced. It was rated PG-13 because of graphic injury images, brief nudity and intense disaster sequences. McGregor and Watts shone remarkably in this film; just another testament of their acting abilities and their incredible portrayals of this family that they were able to bring to light. I think I was most touched by the camera-work in this film; camera man Sergi Bartroli and all others in the Camera and Electrical department truly brought focus and beauty despite the distressing subject matter.

Down now as one of the favourites of ‘JourneywithJair Films’. Enjoy!

Posted by Journey with Jair at 5:40 PM No comments: 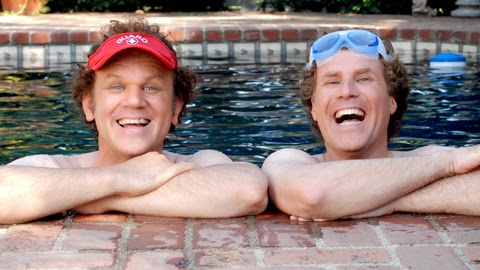 It’s either you get it or you don’t. This type of comedy is specific and may not appeal to everyone. Will Ferrell and John C. Reilly excelled in portraying overgrown boys who aren’t at all happy to live with each other. Directed by Adam McKay, Will Ferrell co-writes with McKay and in 2008 they receive 4 wins and 1 nomination for this comedy flick. With a run-time of 98 minutes and an estimated budget of $65 million USD, filmmakers more than double at the box-office that year.

I laughed and laughed at this one and especially enjoyed the improv banter between actors. Kathryn Hahn, and Adam Scott also both delivered wonderful comic timing and chemistry with our main actors for this film. Rated R this film is crude with pervasive language and sexual content, so it isn’t exactly for the whole family.

There is no thought-provoking, ultra-meaningful message or anything with depth in this film; however the message is sticking together as a family and if you want to laugh out loud like no-one’s watching this is a good movie guaranteed to make you do just that.

Posted by Journey with Jair at 5:00 PM No comments: