I finally got to see the highly anticipated and controversial film (according to North Korea) starring Seth Rogen and James Franco. Written by Dan Sterling and Seth Rogen and Directed by Evan Goldberg and Seth Rogen, this action-packed 2014 comedy that was banned for a few months because of content with the assassination of Kim Jong-un (North Korea’s president); causing not only a threat from North Korea and the hacking into Sony Studios but also massive chaos by the masses to see what was so offensive in the first place!

Brilliant strategy if you ask me, as ‘the film they didn’t want you to see’ is all the buzz and doing incredibly well, all things considered. The budget was $44 million USD but because of the delay in theaters as well as the ban they only grossed $6 million USD. Despite that set-back it is a movie ‘everybody’ is obliged to see because of the real-life persons involved and the amount of attention it stirred.

Crammed-pack with hip-hop and modern pop music, pervasive language, sexual humor, nudity and graphic blood and drug use it is the typical Hollywood entertainment type script. Is it well executed technically-speaking? Most certainly. Does it deliver on laughs? Indeed it does. The actors turned friends (Rogen and Franco) deliver what the people want in excellent and comedic fashion. They work well together and had it not been for all the controversy before their opening, it would have paid big in the box-office.

There’s no such thing as ‘bad-press’ and I’m pretty sure their next movie will have movie-goers lined up to see what provocative subject-matter they’ll tackle next!

Posted by Journey with Jair at 9:58 PM No comments: 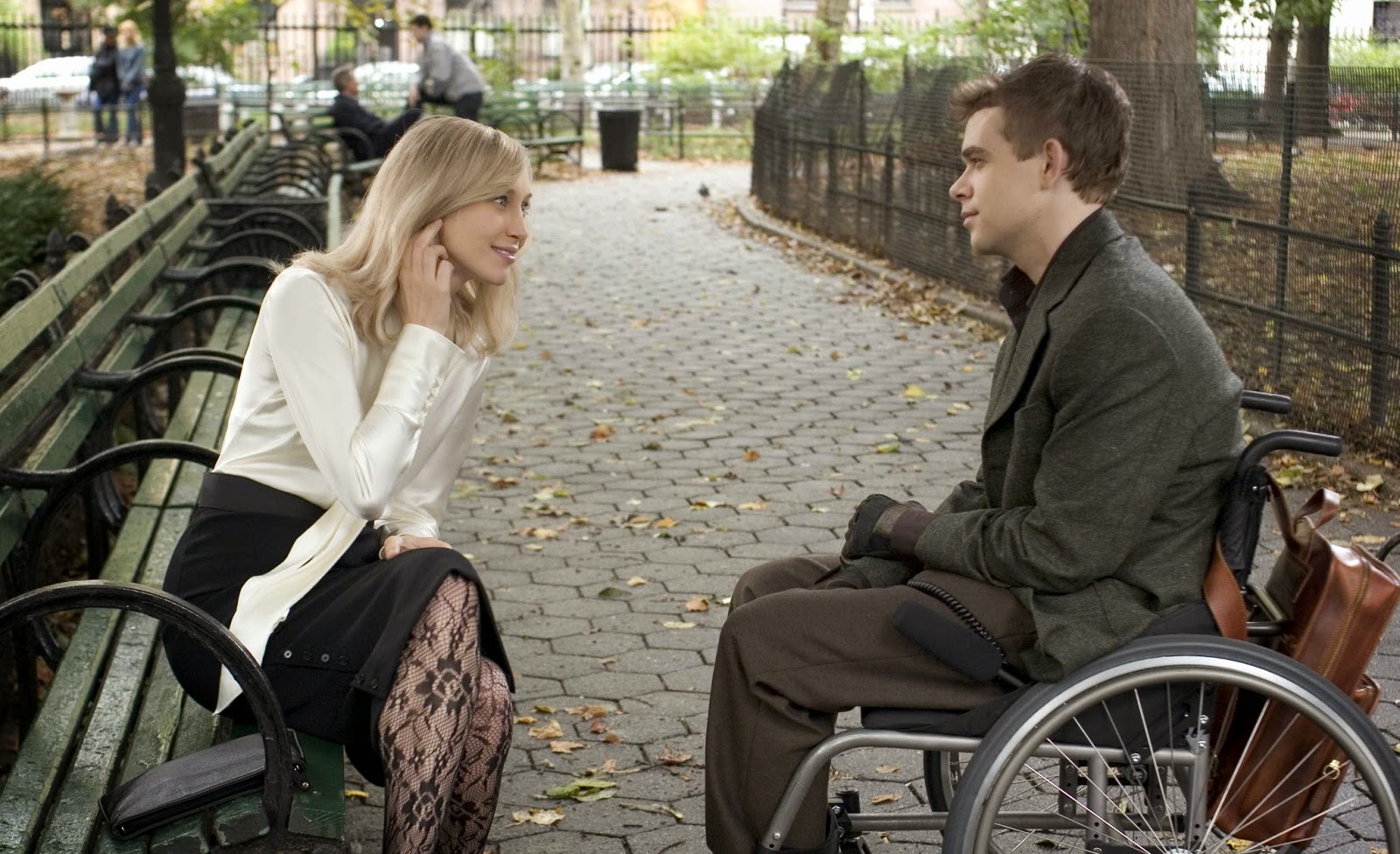 Before talented American beauty Vera Farmiga became successful and did films like ‘Source Code’, ‘Up in the Air’ and ‘The Conjuring’ she did little and obscure films like 2008’s ‘Quid Pro Quo’. This mysterious thriller grasped my attention because it dealt with an interesting subject matter dealing with individuals who want to be disabled. Our main character ‘Isaac Knott’ played by Nick Stahl is a radio reporter keen on finding out more about this strange phenomena and the audience follows him along on this peculiar adventure.

Written and directed by Carlos Brooks this story proved to be riveting and jaw-dropping to the core; not to mention the ‘Quid Pro Quo’ - what was the something that needed to be given or taken to find out more? Farmiga delivered the unusual wonderfully but the story promising greatness fell short and became more and more outlandish by the minute.

This film made less than $7000 USD at the box-office and I’m hoping they didn’t spend more than that to make it. It just goes to show that there are many things that need to come together to ensure the success of a film. The acting is one thing. Marketing another. And the story. Well folks; that’s probably the most important of them all. If you haven’t a story to keep the viewer’s attention, then you may as well not make the film at all. I was disappointed in how this story turned out and wished I found out what happened with the characters before they rolled the credits.

Posted by Journey with Jair at 6:31 PM No comments:

Everyone has a Story

**A miraculous and remarkable story of courage, hope and endless possibilities! Can't wait to read his book: 'Ghost Boy'!
Posted by Journey with Jair at 9:14 PM No comments:

**Appreciate and have gratitude! :))
Posted by Journey with Jair at 6:51 PM No comments: