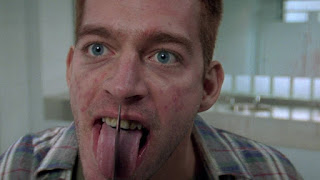 “I know all about you. You’re just a sad, second rate, boring, impotent little copycat.”

Written by Ann Biderman and David Madsen and directed by English, Jon Amiel, ‘Copycat’ was a flawless, classic, Drama/Mystery/Thriller that I’d happily have the pleasure to work on as an actress. Our main characters, Helen Hudson and MJ Monahan played by Sigourney Weaver and Holly Hunter respectively were two strong, intelligent, female characters that brought this film to life!

Based in San Francisco, this story shows immense research and takes the audience on an imaginative and discerning ride into the minds of a criminal psychologist, a serial killer and a top-notch detective. One of our villains, Daryll Lee Cullum, expertly played by ‘Harry Connick Jr.’ literally spent weeks watching documentaries on serial killers in preparation for his role. Sigourney Weber stated that she was most proud of her work in this film because she worked hard to portray the mindset of an agoraphobic and consulting with lead forensic psychiatrist Park Dietz who interviewed serial killer Jeffrey Dahmer really was a challenge for her. Holly Hunter also divulged that she spent countless hours with different homicide detectives in downtown L.A. to help her get into character.

This is a movie that you see the considerable amount of work and preparation put in by actors as well as the crew. The dynamics set in place, the mysterious unfolding, first-rate acting and great soundtrack and dialogue all had the makings for a cult-classic! They got 2 wins and 1 nomination that year and almost doubled at the box-office - here’s to one of the best serial-killer movies since ‘Silence of the Lambs’!

Posted by Journey with Jair at 6:10 AM No comments: 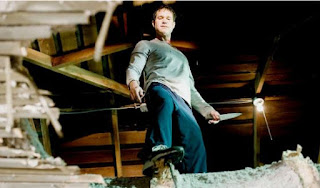 This ‘2009’ Crime/Thriller was a sinister and discomforting film exposing tactics of a killer. ‘The Stepfather’ written by J.S. Cardone and Donald E. Westlake and directed by Nelson McCormick slowly brings viewers into a loving family and step by step unveils suspicious and agonizing behaviour by our main character David Harris, played by actor Dylan Walsh.

Almost triple at the box-office, produced by Screen Gems, Maverick Films, and Imprint Entertainment, with a budget of $11 million USD it made back a cool $29 million USD in one month that year. Nominated for 2 awards, this motion picture has all the cinematic maneuverings to leave the audience squirming in their seats but still wanting more.

Sela Ward, Penn Badgley, and Amber Heard also came out to play and although some ‘make-out’ scenes between the teen-agers  I found unnecessary, overall it made for a very good film.

Posted by Journey with Jair at 5:40 AM No comments:

Death at a Funeral 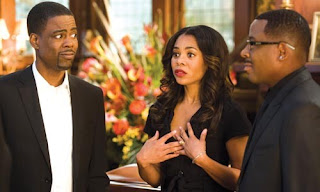 2010’s ’Death at a Funeral’, was an outlandish comedy; hosting a powwow of comedians that surprisingly and easily flipped the meaning of a melancholic funeral ceremony. This amusing tale brought us from one preposterous moment to the next and if anything can go wrong during this difficult time, everything does!

Written by Dean Craig and directed by Neil LaBute, this film was crammed with secrets and fun characters our viewers loved to see. ‘Chris Rock’ who played our main character Aaron, tried his best to keep serene in an ever-increasingly deranged and exasperating situation. Peter Dinklage, Loretta Devine, Danny, Glover, Kevin Hart, Martin Lawrence, James Marsden, Tracy Morgan, Luke Wilson, and the beautiful and funny Regina Hall all came together to make this story an unforgettable one.

Rated R for language, drug content and sexual humor this film isn’t suitable for children. Every family has mystery, but this one just happens to take the cake!

Posted by Journey with Jair at 4:55 AM No comments: 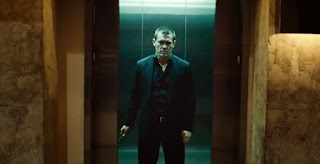 Originally written in Japan by writers Garon Tsuchiya and Nobuaki Minegishi, and incipiently brought to the big screen by Korean director Chan-wook Park in 2003; Hollywood short of ideas these days decided to bring this film to the screen once more. Expertly made by Park, this Action/Drama/Mystery was easily slotted as one of the top rated movies of all time, garnering 38 wins and 18 nominations that year.

Sadly, even though ‘Old Boy’ was re-made with good intentions and with some of Hollywood’s biggest and brightest actors, Josh Brolin, Samuel L. Jackson, and Elizabeth Olsen, to name a few, the movie wasn’t as hard-hitting as it had been when it first appeared on screen. This time it was led by director ‘Spike Lee,’ (Do the Right Thing, Malcom X, Chi-raq) and even with a budget of an enormous $30 million USD only made back $2 million USD at the box-office and although nominated for 4 awards, did not have the pleasure of winning any.

This inexplicable tale of suffering and rebirth for a man who was trapped and released only to suffer tremendously upon his release; is a clever thought-provoking conspiracy we have to thank the first writers, cast, and crew for. ‘Old Boy’ reminds us that obnoxious behaviour rarely gets us anywhere except in trouble and that sometimes seeking revenge brings us boomerang-like anguish. Whether you watch the 2003 version or the later 2013 version it makes for a warranted night of epic entertainment!

Posted by Journey with Jair at 4:32 AM No comments: 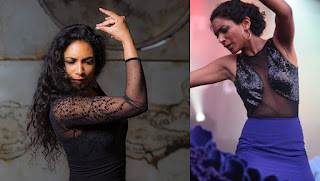 If you’re in Bordeaux, France, you’re in for a treat if you go to see ‘La Carmelita’. ‘Little Caramel’ is the name of an incredible flamenco group based in the heart of the city. They put on shows from time to time throughout the year and I was ever so lucky to come across this golden opportunity!

It’s a show filled with passion!

The musicians and singer are expert and delightful, enticing the audience with rhythmic and traditional songs to warm our palate. But the true deliciousness doesn’t begin until ‘La Carmelita’ makes her way on stage. This savory, folk dance which originated in Andalusia, Spain from the VII to the XV centuries and was heavily influenced by the Arab domination of the time, has thankfully continued to bring pleasure to the masses far and wide. Throughout the years, it has evolved to what we know of today - a heavily seductive and hypnotic dance that is largely interpreted and particular by each performance. The virility and skill displayed by ‘Deborah Dawson’ is a marvelous gift to spectators. She is scrupulously devoted to the rapture of the melody and her movements from head to toe are indicative of it.

If you’re looking for an extravagant and steamy night-out, well-worth your money; a night satiated with splendid energy and magnetic pizzazz, then you’re guaranteed to be thrilled with a ‘La Carmelita’ event!