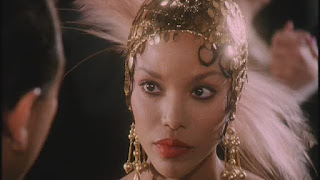 Before there was Madonna, and Marilyn there was Josephine. Few people know that she was the richest woman in the world, and richest black woman in the world at the height of her performing years. She was the first to have exotic pets like her pet leopard Chiquita, and also the first to adopt children from around the world, 12 children to be exact and raise them in her bonafide castle in France. She was truly an international talent and wasn’t always celebrated but loved and adored especially by the French.

’The Josephine Baker Story’ in 1991, although made for television was quite an excellent revival of the life and times of the late and great dancer, actress, singer, Josephine Baker. This Biographical Drama was written by Ron Hutchinson and directed by Brian Gibson. With a run-time of 130 minutes they won 1 Golden Globe, another 8 wins and received 12 other notations.

Set in the 1920’s until her death in 1968, viewers are given an in-depth quest from her humble and hated days to super stardom. Lynn Whitfield was the perfect choice to portray Josephine Baker’s life as it was probably one of the best performances in her long career. Diana Ross, Diahnne Abbott, Irene Cara, Holly Robinson Peete, Whitney Houston and Neneh Cherry were all considered for the part, but Whitfield who is a native of the Baton Rouge, Louisiana proved to be the perfect fit.

Not only did the audience taste the glamour but they also enjoyed the intrigue and mystery as well as they learned Baker was a spy during World War II as well as an activist for equal rights in America. This is a movie that won’t soon be forgotten.

Posted by Journey with Jair at 11:56 PM No comments:

Beasts of No Nation 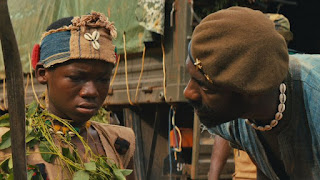 “I just want to be happy in this life.”

For those of you who don’t have Netflix, you may want to make that small investment. Netflix brought to us an Oscar nominated film ‘Beasts of No Nation’ which is all the buzz and has already won 2 wins and 9 other nominations. Written and directed by Cary Joji Fukunaga (Sin Nombre, Jane Eyre), he has brought to us not only a phenomenal and dramatic war movie based on an unnamed western African country but he has also brought to us new and raw talent. Abraham Attah who plays  our main character Agu takes the audience on a fearful, violent, and brutal journey through raging war.

It’s highly recommended to keep the tissues nearby, however it is a must-see! Exceptionally shot and difficult to ingest as the story is one of a child solider being separated from his family; it’s a shameful yet remarkable journey of how young Agu is forced into manhood and battles not only war but his savage transformation. Nigerian/English Idris Elba (Thor, Mandela, Luther) also gives a powerful performance.

Shot entirely in Ghana  over 35 days, and casting mostly in Sierra Leone, it is Netflix’s First Original Film and most of the cast were actual child soldiers and arrested because of suspicion of them being mercenaries. Fukunaga actually got malaria while shooting and Elba gifted actors with iPods before leaving Ghana.

This is probably my favourite for this year, and in my opinion one of the best child actor performances  I’ve seen. I do hope to be seeing much more of Attah and hoping after all their hard work, and pristine execution and story that they receive some more wins.

Posted by Journey with Jair at 11:49 PM No comments: 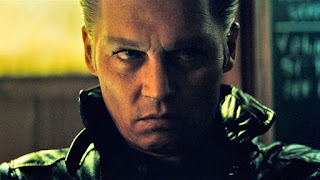 2015’s ‘Black Mass’ was based on a true story of an FBI informant tracking down a Mafia family in the South of Boston. This Biography/Crime/Drama had a run-time of 122 minutes and in my opinion Johnny Depp’s character ‘James Whitey Bulger’ stole the show. Eerie, disturbing, un-settling, shocking and exciting are a few words I could use to help you grasp the type of film it is. Reminiscent of other cult crime movies? Perhaps. But If it weren’t for Depp’s Oscar-worthy performance and the strong execution of the rest of the cast including Julianne Nicholson (August Osage County), Jesse Plemons (Battleship, Bridge of Spies), Benedict Cumberbatch (Atonement, Star Trek), Kevin Bacon (Footloose, Apollo 13), and Aussie Joel Egerton (Gatsby, Exodus) to name a few, it wasn’t necessarily crafted any differently or significantly unique.

Written by Mark Mallouk and directed by Scott Cooper, the film was indeed beautifully shot and terribly moving, and chilling to see. With a budget of $65 million USD, filmmakers were able to make back a cool $62 million within a few short months. The audience is taken on a very dark journey and understands that even in a close-knit community and love within families there are secrets and corruption that takes over creating something so massive that only evil ensues.

Wonderful soundtrack, thrilling story and interpretation and magnificently rich scenes viewers are sure to enjoy!

Posted by Journey with Jair at 11:05 PM No comments: