**The man behind the music. Many think Beyonce was the mastermind -- think again -- meet Ryan Tedder, very talented singer/songwriter -- Enjoy! xx
Posted by Journey with Jair at 10:02 PM No comments: 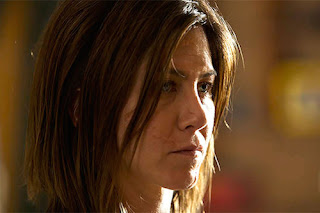 “Forgiveness is a bitter pill to swallow”.

I was quite impressed with actress Jennifer Aniston’s performance in the 2014 drama ‘Cake’ written by Patrick Tobin and directed by Daniel Barnz. 102 minute run-time with an estimated budget of 7 million USD; nominated for 1 Golden Globe, 4 other nominations and 2 wins. Tragedy overwhelms and sometime swallows us and actors in this film honestly portrayed the pain, loss and how they try to cope with the intense misery.

Life is not always sunshine and roses and it was a pleasure to see Aniston take on something so serious and meaningful. I’m really proud of her. Adorable and talented Anna Kendrick also joins in and  delivers exceptionally.  English Sam Worthington also shines in his performance. Mexican Adriana Barraza also showered the audience with refreshing faith and patience.

This one hit home. Pain and depression isn’t only mental, it’s physical and can envelope your entire life. It’s a transformation that wasn’t so sweet but oh so real…

Posted by Journey with Jair at 10:01 PM No comments:

You've Got the Love 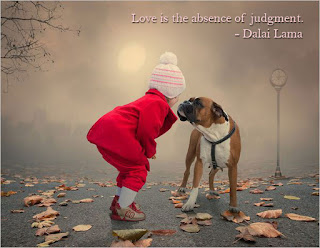 "You've Got The Love"

Email ThisBlogThis!Share to TwitterShare to FacebookShare to Pinterest
Labels: xx, you've got the love 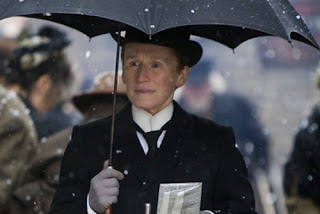 I’d heard about this 2011 Drama starring Glenn Close and it certainly peaked my interest. It was nice to finally see it and learn about how the world worked in the 19th century. It was a difficult time to be who you were really meant to be; not to mention women weren’t allowed to lead independent lives. Nominated for 3 Oscars that year, with 17 wins and another 35 nominations, it’s a film that was dramatic as it was gripping and heartbreaking.

Written by Gabriella Prekop and John Banville and directed by Rodrigo Garcia they give viewers a peek into our main character ‘Albert Nobbs’ life played by Glenn Close. Her portrayal as a man is impeccable and quite believable to all around her. Sadly she rarely smiles unless dreaming of what the future can be. The life of our main character was a severely tormented one. Our main characters brought some lightness to the film played by Australian Mia Wasikowska who strangely played the love interest ‘Helen’ of almost everyone in the film.

One of the latter lines of the film goes, “Dear Jesus, I don’t know what makes people live such miserable lives.” I feel that this line exposes the main message filmmakers tried to convey during this story. Don’t be stuck — keep moving!

Posted by Journey with Jair at 9:28 AM No comments:

A Girl Walks Alone at Night

A thing of beauty and certainly ‘JourneywithJair’ recommended. There is very little ‘Horror’ in this film, if any at all. This 2014 now ‘cult’ film written and directed by Iranian Ana Lily Amirpour was exceptionally shot, and though the story was highly simple, the execution and allure made it bloom into a magical and magnificent experience. I want to watch it over and over again…

Shot entirely in black & white and although all actors are of Iranian descent and speak Farsi, this film was shot in California where Amirpour did her graduate degree and currently lives. Our main characters, ‘Arash’ played by Arash Marandi and Sheila Vand who plays ‘The Girl’ had wonderful chemistry with each other. There is very little dialogue in this film, but when spoken, it is quite poetic and meaningful. The characters are wonderful to watch and it is exciting to see how much is conveyed with just gestures and motion. In spite of some sexual matter, none of it comes across crude or overbearing and there is no kissing whatsoever. The sexuality comes across with extreme ’close-shots’ and distinct body language.

‘A Girl Walks Home Alone at Night’ is reminiscent of another wonderful film ‘Let the Right One In’ the 2008 Swedish film written by John Ajvide Lindqvist and directed by Tomas Alfredson. Both indomitably show the trappings of loneliness, despair and the craving or desire for something more…

Posted by Journey with Jair at 10:50 AM No comments:

**A little wisdom from those who don't ignore their calling -- here's some words with Ana Lily Amirpour! :)

**Kinda' obsessed with this show -- thrilling, intense, insightful, exciting, spiritual, sensual, riveting and like a movie you never want to end! Meet most of the cast (missing Doona Bae) and enjoy the latest creation of Andy and Lana Wachowski! :)
Posted by Journey with Jair at 7:39 AM No comments:

“You never know where love will take you.”

And I sure hope it never takes me there! What a depressing story! Okay, now that we’ve gotten that out of the way we can speak about all the other good things. ‘Middle of Nowhere’ written and directed by Ava DuVernay (first African-American woman to win Director award -- for this film) has been working in the film industry since 1999. This film was not only a product of all her hard-work but not only did it bring her ‘Best Director’ award but also 20 other nominations and 14 wins that year.

This Drama was done with a humble budget of $200,000 USD and no surprise didn’t hit big at the box-office as this ‘serious subject-matter’ film had an all black cast. What it did garner however were people’s eyes being opened to the sensationally good acting abilities, direction, and perspective coming from a crowd that has been ignored a little too long.

Starring British David Oyelowo, American actors, Omari Hardwick and Emayatzy Corinealdi and from Trinidad and Tobago Lorraine Toussaint this film brought viewers to a dark yet beautiful place. I must clarify when I say ‘depressing’ but when a woman’s husband is sentenced to eight years in prison and he has a chance at getting out after 5 years and things suddenly change is enough for any audience member to become depressed. Viewers are invested in the movie’s characters from the beginning and quickly identified with the love, fear, pain and everything else in between.

Rated R for some language this film is worth the watch - incredible dialogue, wonderful pacing, expert camera work and cinematography and phenomenal acting! The world needs to see more of these films. Switch the leads and this film would certainly be Oscar-worthy; but alas we’re only in the year 2015…

Posted by Journey with Jair at 4:07 PM No comments: 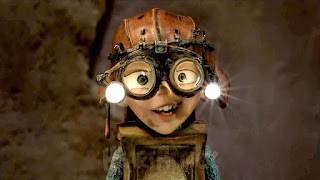 Written by Irena Brignull and Adam Pava and directed by Graham Annable and Anthony Stacchi this 2014 Oregon-based studio stop-motion and CG-film was nominated for 1 Oscar and 50 other nominations and garnered 10 wins that year. It goes without saying that it certainly took a great deal of work to complete this film. Delightful from beginning till end; it was loaded with cute comedy and grand adventure!

With an estimated budget of $60 million USD and a run-time of 96 minutes, the story was inspiring and entertaining and the voices were just as colorful and meaningful throughout. English Academy Award Winner Sir Ben Kingsley, English Isaac Hempstead Wright, American Elle Fanning, American Tracy Morgan, and many others brought the children’s novel ‘Here Be Monsters’ by Alan Snow to life! The soundtrack was just as tantalizing and the magic and magnificence created in this film is one to be remembered for years to come! My favourite detail would have to be the ‘teeth’!

A film I would love to watch with my ‘future’ family and a family fantasy fun you can enjoy today!

Posted by Journey with Jair at 12:15 PM No comments:


**Enjoy the lilting and beautiful sounds from Dustin O'Halloran :))
Posted by Journey with Jair at 11:20 AM No comments: