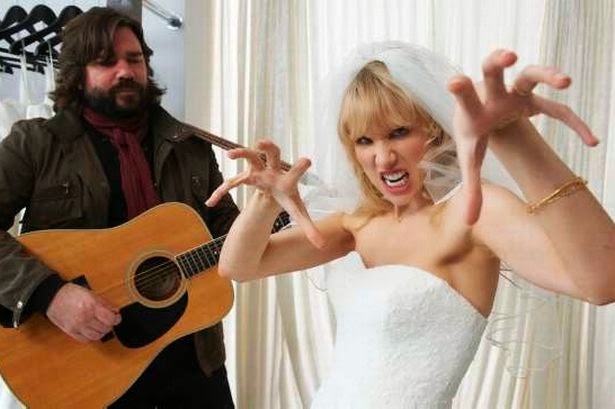 Heaps of wedding announcements lately in my world. Engagements, weddings and all the things that come along with it. I quite enjoyed this 2012 English Comedy starring English Lucy Punch (You will Meet a Tall Dark Stranger - Woody Allen), as well as Robert Webb and Rufus Hound who all had exceptional comic timing and were naturals on camera. Written by Tim Firth and directed by Nigel Cole this tale was a hilarious rambunctious bit of fun!

Contrary to other reviews I thought this film was quite clever and although a simple story, the competitive nature of the wedding ceremonies was captured quite nicely. Punch is a delight in every movie I’ve seen her in but this one really paints a character with more depth. I certainly enjoyed the acting of all characters and felt that every one helped further the story along.

Not an Academy Award nominee film but I found myself laughing out loud on multiple occasions and found the humor quite refreshing and clever. Makes for a fun night of entertainment and the audience would love to watch it again and again! Enjoy!

Posted by Journey with Jair at 7:55 PM No comments: