Deidra and Laney Rob a Train 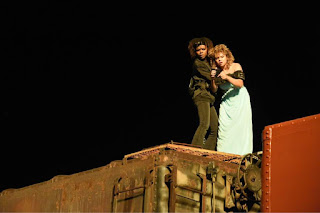 This 2017 Netflix Original Comedy/Crime/Drama was not at all what I expected. Besides, the surprisingly diverse cast, there were a number of well-known names attached to this project. Sasheer Zamata (Saturday Night Live), Missi Pyle (Big Fish, The Artist, Gone Girl, Charlie and the Chocolate Factory), and Danielle Nicolet (Central Intelligence) to name a few. Written by Shelby Farrell and directed by Sydney Freeland, both women who have not worked on a copious amount of projects, it was a collaboration that flowered empowerment and aspiration despite the malfunctioning of family-life.

Starring new and promising actors, Ashleigh Murray and Rachel Crow who played our main characters Deidra and Laney respectively, the story was one that kept viewers wondering if and when they would get caught. Great acting, superb music and clean enough story, it’s a worthy film the whole family could enjoy!

Besides terrible casting, as not one family member in my opinion looked a minuscule resemblance of the other, I found the film to be excellent for teens and the younger crowd, as they could relate with the teens rebellious spirits but also master boosting their confidence and ambitions when they need to. I also feel that this story paid homage to the late, great Harriet Tubman, in an unspoken and special way.

Posted by Journey with Jair at 4:21 AM No comments: 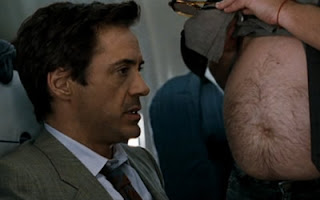 Zach Galifianakis does a wonderful job at playing ‘the friend who nobody wants to be friends with’! He played expertly that sort of friend in ‘The Hangover’ movie series and he does the same in 2010’s ‘Due Date’ starring alongside Robert Downey Jr.

Directed by Todd Phillips whom also directed Zach him in the ‘Hangover’ movies it was easy to see him continue in his essential aggravating nature. Nominated for 6 awards that year and joined by an all-star cast including: Danny McBride, Juliette Lewis, Jamie Foxx, Michelle Monaghan  to name a few, it was easy to see that this film would be a block-buster as did his other projects before. With a budget of $65 million USD they were able to easily gross $100 million USD a few months later.

This dramatic comedy had all elements of unbelievable antics that effortlessly translate into a wave of hilarity. If you’re expecting something different from the ‘Hangover’ series, you’d want to snatch another picture; but if you’re in the mood for something closely equivalent then pop this film in for a ‘free from doubt’ whoop of fun!

I’m happy to say these days I’ve been getting greater access to seeing many more European films. While for me, they furnish my mind with a mass of refreshing content, I do still enjoy to sit back and just be “entertained” with fluff pieces as well. One such enjoyable piece would be the film ‘No Filter’ or ‘Sin Filtro’ as it was labelled in it’s home town of Chile. Written by Chilean Diego Ayala and directed by Chilean Nicolas Lopez, it was a film that was true to today’s questionable addiction to social media and any and everything technological.

Fast-paced and playful, our audience followed our main character ‘Pia’ played by Chilean Paz Bascunan as she clumsily meandered through the weight and trials of life and aging. Her strife, which would be quite relatable for many, easily delivered the punch of comedy our filmmakers would have intended. It wasn’t difficult to wrangle our minds around the daily clashes and hassles our leading lady had to endure.

With a run-time of 100 minutes and produced by Sobras International Pictures, this movie was a light-hearted perspective on how we all can exist and persist during these changing and high-tech times!
Posted by Journey with Jair at 3:34 AM No comments: 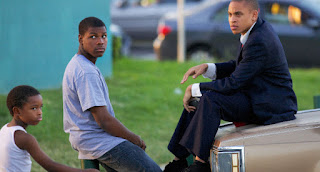 Before English John Boyega reached super stardom in 2015 with the American franchise ’Star Wars: The Force Awakens’ as one of the main characters; he was the leading man in an independent film called ‘Imperial Dreams’in 2014. Garnering 2 nominations and another 10 wins that year, this Drama really shed light on the struggles of young African-American men who live in the ghetto. Boyega’s journey stirs the audience, feeds them inspiration and builds immense vitality when we see how courageous he really is!

Written and directed by Malik Vitthal, and starring also the multi-talented KeKe Palmer, this film has a lot of punch and isn’t the usual conclusion. The ending was a bit abrupt for me, and it was a bit reminiscent of 'The Pursuit of Happiness' starring  Will Smith and his son Jayden Smith, but all in all, it was good to see more of a positive story coming from public squalor.

Another one down in the 'Netflix Originals' books!

Posted by Journey with Jair at 9:24 AM No comments: