Voice from the Stone 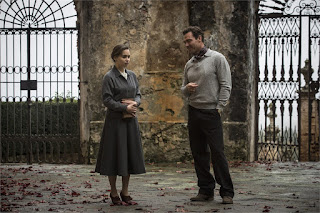 This 2017 Drama/Mystery/Thriller was very beautifully shot and framed; however slow moving. Even though there was a decent storyline, this film never reached climax or delivered something meaningful. Based on the novel ‘La Voce Della Pietra’ and written by Andrew Shaw and Silvio Raffo, the director did not peel off all necessary layers to allow it’s audience to fully engage in our main characters struggles and misery.

You may recognize the main character British ‘Emilia Clarke’ whom plays the character Verena from the hit television show known as ‘Game of Thrones’; even so, I was not dazzled in the slightest by her performance.

With a run-time of 94 minutes this film rolled on with clemency. I don’t know what was more strange, the fact that our main character suddenly became powerlessly in love with her patient’s father, or the fact that there was un-called for nudity. Reminded me of ‘The Others’ but it was no-where as near as good. Camera-work and cinematography was top-notch, but everything else was a let-down.

Posted by Journey with Jair at 3:37 AM No comments: 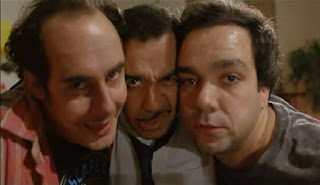 I’ve been getting in my dose of French Films lately and loving it. ‘Les Trois Freres’ is a cult classic written by and starring Didier Bourdon and Bernard Campan; Pascal Legitimus also offers his acting expertise as well. These ‘3 musketeers’ have graced the stage with their stand-up and have worked together as a team for several years.

Quite reminiscent of of Hollywood’s 1987’s ‘Three Men and a Baby’; however this story-line held it’s own and delivered just as many authentic laughs! Produced by Canal + and Prima Films, this comedy had a run-time of 105 minutes  and showed a comedic depiction of the culture of France. Certainly recommended for a night of hilarity!

Posted by Journey with Jair at 2:46 AM No comments: