Careful what you wish For

Not a bad film for an ex- singer turned actor. In fact Nick Jonas who played the lead, did a decent-enough job. This Drama/Thriller released in 2015 written by Chris Frisina and directed by Elizabeth Allen Rosenbaum had all the makings of a teenage boy’s fantasy. Besides the sexual content, nudity and language, the uneasiness was intense as the audience witnessed the slow torture of our marshmallow-hearted main character.

With an estimated budget of $8 million USD this film had the makings of a blockbuster but sadly in my opinion some of the acting came across galactic and laughable. Aesthetically pleasing to the eye; with beautiful shots and the prototypical blonde to match the perfect-summer for teenage-boys-back-drop . However, viewers quickly realized how to calculate and link the suspicious deaths.

It wasn’t believable that the husband played by Dermot Mulroney appeared to be only in his 40’s. I think his character was much too young to play the part and find it incomprehensible that he could succumb so weakly when he played a bully.

Posted by Journey with Jair at 3:20 AM No comments: 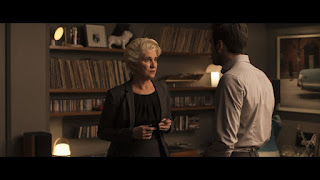 Written and directed by Spanish Oriol Paulo, this Crime/Mystery/Thriller originally known as ‘Contratiempo’ was released in 2016 and despite it’s excellent story and execution only garnered 1 win and 2 nominations that year. Joined by Mario Casas, Ana Wagener, Jose Coronado and Barbara Lennie all actors from Spain; did an extraordinary job with bringing the story and characters to life.

With a run-time of 106 minutes and a budget of an estimated 4 million euros there was great pacing, fantastic framing and a dynamite story that kept it’s audience sitting anxiously on the edge of their seats. The soundtrack was riveting and the twists in the plot were quite satisfying!

Posted by Journey with Jair at 2:18 AM No comments: