I had the pleasure of watching 2014’s ’No Good Deed’ and I must comment that my first thoughts were that it was uplifting to see a strong female lead on screen, and see two people of color do a magnificent job. I enjoyed the high film quality of this film, the camera techniques, frames, shots and climatic music.

Putting those those things aside, I must divulge that the thriller became less authentic or believable because of the perpetual amount of upper-cut-swipes English heartthrob Idris Alba endured by our fearless super-hero of a mother played by Taraji P. Henson. I had a strong inkling this film was written by a woman, and I was right.

Written by  Aimee Lagos, who also wrote ’96 minutes’ and ‘Underground’, this story although solid, seemed to give off the essence of ‘let’s bash men for the century’ as there weren’t any positive images/roles of any men in this film. The only other man that had most screen prescence after our two main characters would be Henry Simmons who played our main character’s husband. Before he even came into frame the audience was told we should be suspicious of or hate him.

This was my interpretation of the film; however it can easily be flipped to mean the opposite that our unstable escaped convict played by Elba, was actually the one who had immense hate for women, and this was an ode to all women fighting back. No matter your take on this film; it is definitely worth a watch. With an estimated budget of $13 million USD it grossed $52 million USD back at the box-office and garnered 2 nominations and 2 wins that year!

Posted by Journey with Jair at 9:06 AM No comments:

** Don't stop laughing, don't stop dancing, don't stop being inspired.
This is YOUR life - make it count! You're alive...so get up, and DANCE :))
Posted by Journey with Jair at 8:38 AM No comments: 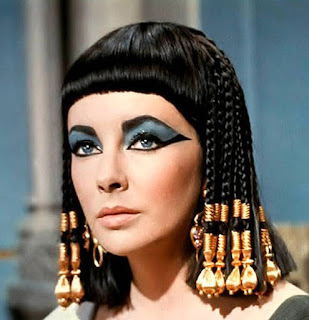 What does style and beauty bring to our viewers in the world of film? To correctly dissect the true meaning of the effects brought to our audience based on style and beauty we must go back to the history of story-telling and the inertia generated through our history’s ever-changing view of vogue and allure. Here are our top 5 reasons of how style and beauty is forever attached to cinema.

1. Why we Love Wigs:
No-one has to defend themselves for wearing their toupee’s or colorful hair extensions. People wear wigs for multifarious reasons. Some happen to be rock-stars, others lose their locks due to genetics or stress and some still wear them discreetly due to hardships of their time. Did you know that in the 17-1800’s due to poor hygiene as well as diseases like syphilis which caused rashes, sores and baldness, many people opted to wearing wigs? Not only was it easier to care for in the event of warding off insects like lice, but it was kept clean and fragrant by various practices, which at the time proved to be easier, as running water and shampoo weren’t invented or present as yet.

It was said that King Louis XIV of France in 1655 was one of the first to hire wig-makers to save his reputation after he began losing his hair. Years later in neighboring countries, others began to do the same. It began to percolate to the upper-middle class and middle-class and it was associated to a higher-status if one could afford or own wigs. ‘Le Voyage Dans La Lune’ - ‘A Trip to the Moon’, the world’s first film written, directed and produced by French, Georges Méliès clearly reflects the use of cinematic fantasy, style and discovery and as a result there were many scenes depicting actors wearing wigs.

Biopics to follow illustrate the use of wigs during that time, as well as the magnificent outcome and response given to characters with mermaid-flowing, spouting locks. No matter the color, length, or cut, movie-goers love seeing and feeling a thick head of hair, and its because of this film-makers continue to commemorate this sentiment of wig worship.

2. Beauty equals Pleasure:
The sensitivity of whatever one deems to be beautiful is a direct manifestation of satisfaction or pleasure. Beauty can inhabit human, creature, art, building or something more spiritual. It is evident from the first time we began telling stories that we presented a continual pattern that supported merit and triumph if one was ‘a thing of beauty’. Whether that meant beautiful in face, or beauty in virtues, success, attainment and realization came to those who possessed that quality of beauty.

Through the ages in motion pictures we have steadily seen the blueprint of bliss told time and time again in different tales. ‘Beauty and the Beast’, ‘Black Beauty’, ‘Beauty Shop’, 200 Pounds Beauty’, ‘Sleeping Beauty’, and ‘American Beauty’ are all examples of screenwriters molding hope into the mind of all those gathered. If our main character doesn’t possess beauty, it’s okay if they work hard towards their goal, they will find that beauty in the end. As a result film-makers fabricate beauty in all senses of the word, from actors, wardrobe, and right down to the tiniest details.

3. Different Strokes for Different Folks:
Early story-tellers understood that every story wouldn’t appeal to every listener and so to become an expert and endeared minstrel they had to give specific changes at specific times to create definitive gratification. In the world of film, recognizable film styles and techniques were born and it created not only admirers but devotees to distinct strains of cinematic.

We are complicated beings and in order  to reach the masses and share positively a message, emotion or vision, using different styles to appeal to different people is only a predictable solution. ‘French New-wave’, ‘German Expressionism’, Soviet Montage, ‘Italian Neorealism’, ‘Film Noir’, ‘Science-Fiction’, ‘Action’ and ‘Drama’ are all groups of styles that question, and communicate to the immensity of the earth. Sound, dialogue, attitudes, cinematography or the mise-en-scène, are elements used to move a film from just popular to cult-classic.

4. La Classe:
Fashion proves to be one of the most fundamental ingredients in making a movie stand above the others. It isn’t by any means mandatory, but if it is an integral piece, it demonstrates and warrants added rapture. Fashion doesn’t have to be complex; it can in some cases be as simplistic as a reflex of sensibility. Just as ‘beauty’, ‘style’ and ‘genre’ titillate our consciousness, so too can fashion.

Be it heels, feathers, pastels, or Feng-shui; fashion helps promote an unfathomable understanding of behaviors and moving image. The history of the fashion of film is a well-talked about topic and some have even went as far as creating festivals for the celebration and homage of all the fads of film; a cultism in it’s own right!


The influence of style and fashion on film is unmistakable but we must not forget that film has mirror magnetism. From ‘Halloween Costumes’ to flat out ‘Wedding Gowns’; film has inspired fashion-designers and trends since the very beginning. If an outward appearance can make a person feel or behave in a different way; this is the same appeal that captivates a designers sketches or a person’s wardrobe after watching a film. From ‘Saturday Night Fever’, to ‘Breakfast at Tiffany’s’ or ‘Sex-in-the-City’, it all goes to show that with the right story, emotion or sensitivity, a film can be much more than moving images on a screen.

Posted by Journey with Jair at 8:25 AM No comments: