**A most wonderful and intimate interview with 'The New It-Girl' - Lupita Nyong'o**
Posted by Journey with Jair at 1:28 AM No comments: 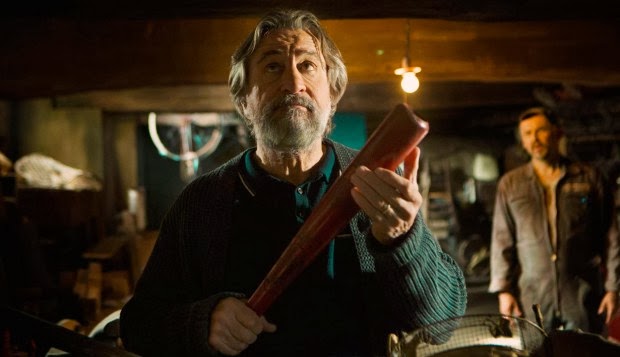 One of my favourite directors French Luc Besson (Le Grand Bleu, The Fifth Element, Angel-A) and some house-worthy and notable actors, Robert De Niro and Michelle Pfeiffer, but sadly not a very gripping story. Based on a book by Tonino Benacquista and adapted into screenplay by Besson and Michael Caleo I felt that this film’s message wasn’t one of great substance or driving message. If you want a light, entertaining and violent film, then this will be the one for you!

This 2013 comedy-crime-thriller was quite reminiscent of 2009’s ‘The Joneses’ which viewers got a taste into the daily life of a ‘strong’ family and the immense secret they all shared. ‘The Family’ however was Rated R for violence, language and brief sexuality, the exploding gruesome content familiar to Tarantino-type films; but violence and sex sells and with an approximate budget of $30 million USD they made back a cool $36 million USD at the box-office.

With a run-time of 111 minutes and a lot of big bangs from the mafia life, this film delivers mostly jokes if anything. Don’t expect to be mesmerized or have your brain left tingling with questions from beyond.
Posted by Journey with Jair at 8:33 PM No comments: 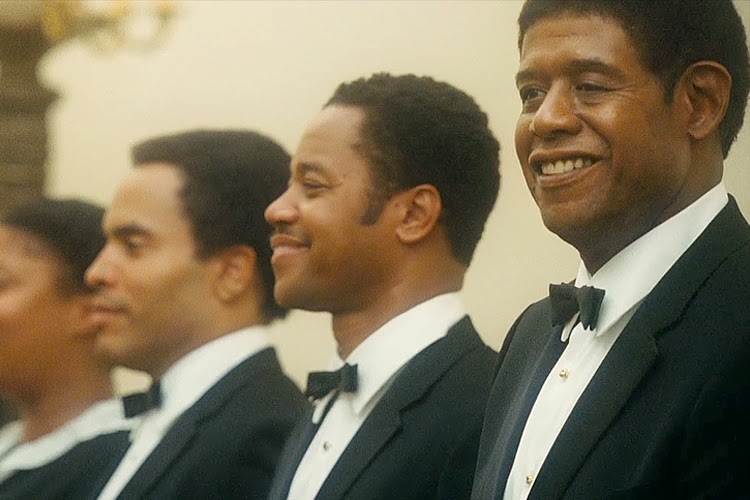 “One quiet voice can ignite a revolution”.

From the Producer/Director Lee Daniels who brought us ‘Precious’ and ‘The Paperboy’, in 2013 he brought another dramatic true story to life entitled ‘The Butler’. Rated PG 13 for some violence and disturbing images this film was nominated for 2 BAFTA awards, another 32 nominations and 5 wins. Danny Strong and Will Haygood adapted this biography into screenplay and actors Forest Whitaker,  Mariah Carey (songstress turned actress), Oprah Winfrey, English David Oyelowo, Robin Williams, John Cusack, Yaya Alafia, Cuba Gooding Jr., Terrence Howard and Lenny Kravitz (also singer turned actor) to name a few brought their story to life.

Quite a hard movie to watch as it dealt with the Civil Rights Movement in America and struggles of a particular family that weathered the storm of 3 generations. With an estimated budget of $30 million USD it made back more than triple at the box office with a whopping $116 million USD. Gripping from beginning till end, chock-full of inspiration with mention of Gandhi and as well as the quote by Martin Luther King “Darkness cannot drive out darkness; only light can do that”; this film speaks to the human heart.

We see numerous amount of films on the Holocaust but there are no death tolls for the Africans during slavery. Makes one think and reminisce on times not too very long ago. Keep the tissues nearby for this one.

Posted by Journey with Jair at 7:45 PM No comments:

** "It was Always You...** One of my favourites by the talented composer Philip Glass.

First in [one of the scariest films' of all time - 'Candy-Man'] and then in the American Television Series 'American Horror Story'~ EnJOy!**
Posted by Journey with Jair at 7:13 PM No comments: 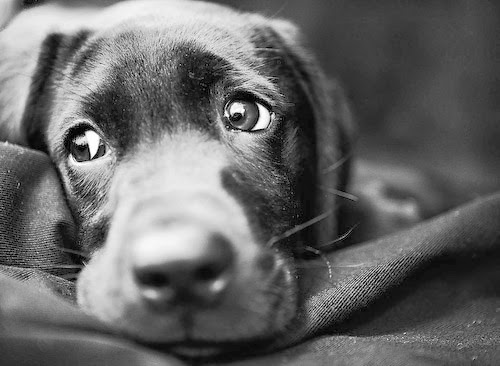 We are ‘works in progress’…well most of us anyway! [smile] We aren’t perfect; and it’s okay to not be perfect. Our creator/Universe/God loves us just the way we are, with all our faults. You don’t have to be perfect to receive his blessings; your heart is what’s important; the fact that you’re trying and the fact that you’re not giving up on becoming the best you.

That’s the journey, my darlings! Your journey - this journey - of life! The journey is the falling and getting back up, the blessings come after, but it’s okay, pat yourself on the back, because your heart is one of gold, and that my friends IS the most important quality to have in this life. It isn’t perfection. It isn’t narcism. It isn’t being mean-spiritied or self-righteous. It’s being you! Flawed. Humble. Laughed at. It’s okay darlings, the longest road has an end. Treat those blisters and keep on moving! :))
Posted by Journey with Jair at 6:57 PM No comments: 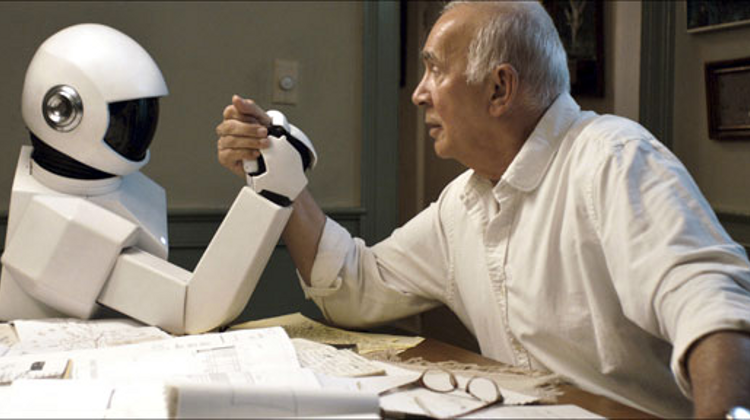 Frank Langella (Dracula), James Marsden (Superman, X-Men, Straw Dogs), Liv Tyler (Lord of the Rings), and Susan Sarandon (Thelma and Louise, Lovely Bones) are all well-kwown American actors that came together as a family to tell this unique story. 2’012’s Robot and Frank’ had comedy, crime, a little adventure but mostly a heart-warming and dramatic tale of a man trying to hang on to his youth. Our main character begins an unlikely friendship with his robot caretaker and they both end up teaching each other special lessons.

Written by Christopher D. Ford and directed by Jake Schreier, it was nominated for 5 awards and winner of two, this film had a run-time of 89 minutes and a budget of approximately $2 million USD. It made profit at the box-office, garnered great reviews and it was not only entertaining but shone light on the terrible incurable disease of Alzheimer’s. A fun family movie with just enough giggles and thought provocation in one.

Posted by Journey with Jair at 8:29 PM No comments: 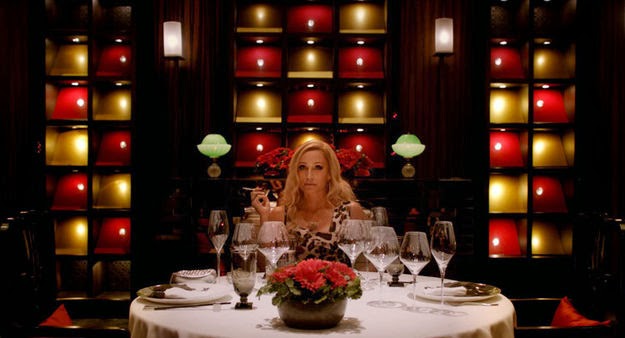 America’s sweetheart Ryan Gosling stars in this 2013 Crime-Thriller-Drama written and directed by Danish Nicolas Winding Refn who brought us 'Drive'; smelt a lot like a Tarantino film saturated with grisly images, bloody violence, sexual content and foul language. With a run-time of 90 minutes, filmed in Thailand and with a budget of an estimated $4 million USD, it was able to achieve 3 wins and 1 nomination but $700 thousand only at the box-office.

Aesthetically appealing at many moments but confusing and gore difficult to watch, this story shone light on drug-smuggling, corruption and crime in Bangkok. English actress Kristin Scott Thomas gave a performance of a lifetime as a lewd, cunning and believably 'no-nonsense' mother figure; you may remember her from ‘The English Patient’, ‘The Horse Whisperer’ or ‘Mission Impossible’. Newcomer and native to Thailand Yayaying Rhatha Phongam offered exceptional beauty and poise and Vithaya Pansringarm whom you may remember from ‘Hangover Part 2’ shone also for his role as ‘Chang’.

Beautiful cinematography, wonderful soundtrack and great action for those who enjoy it; but in my opinion a difficult story to follow; not really my cup of tea.

Posted by Journey with Jair at 6:45 PM No comments: 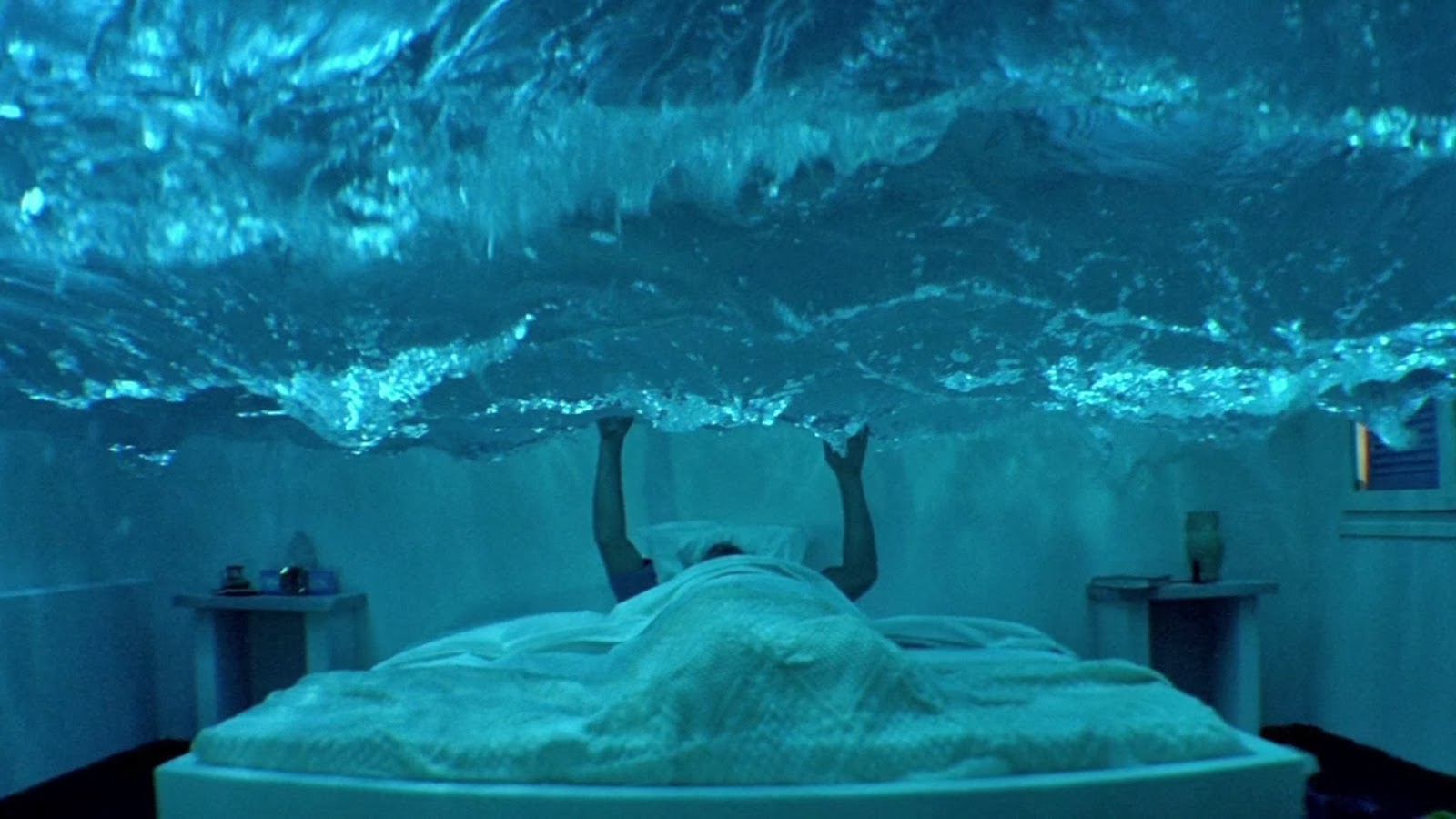 'The Big Blue' 1988 dramatic classic was wonderfully written and directed by French Luc Besson and it was a fascinating and riveting story about two friends who shared the same love of the sea, one with skill and finesse and the other with a dangerously keen relationship with dolphins. This simple but special story was moving, symbolic and successfully shot as it was one of the most financially successful French films during the 1980’s.

Our leading lady was the adorable American blonde Rosanna Arquette who spoke both English and French in this film, German Jean-Marc Barr known for ‘Dogville’ and ‘Breaking the Waves’ and Morrocan actor Jean Reno whom you may remember from multiple films ranging from comedy to action some of which include: ‘The Professional’, ‘Godzilla’, ‘The Da Vinci Code’ and ‘Couples Retreat’. All three displayed a wonderful range of acting and it was easy for viewers to identify and feel for them on their journey.

Sometimes it seems easier to bond with animals when humans’ behaviours’ tend to disappoint over and over again. Although a challenge, it is better to be active in the present than obsess over the past and what’s already lost. Sometimes things have to end in life before something new can be born.

Posted by Journey with Jair at 6:22 PM No comments: 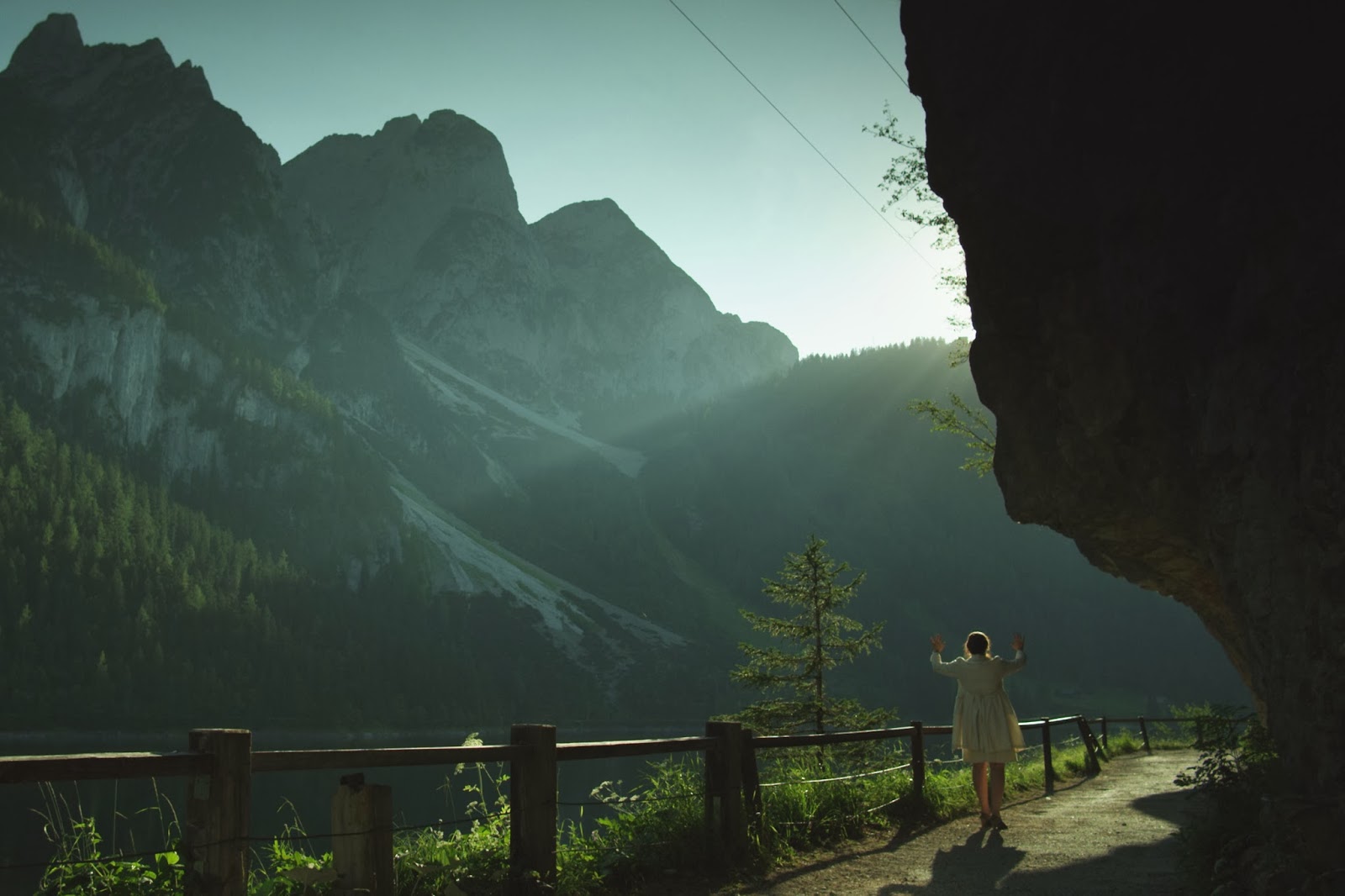 “Lynx was very cheerful, in very high spirits, but an outsider probably wouldn’t have noted the difference. After all he was almost cheerful all the time. I never saw him stay sulky for more than 3 minutes. He simply couldn’t resist the urge to be happy. And life in the forest was a constant temptation to him. Sun. Snow. Wind. Rain. Everything was an occasion for joy. With Lynx nearby I could never stay sad for long. It was almost humbling that being with me made him so happy. Perhaps man’s illusion of grandeur come from dogs. Sometimes even I felt that I must be very special., if Lynx was merely topping over with excitement just to see me. Of course, there wasn’t anything special about me. Like all dogs, they are simply addicted to people.”

This Austrian drama-fantasy film based on the novel by Marlen Haushofer and adapted into screenplay and directed by  Julian Polsler was nothing short of cinematic genius. ‘Die Wand’ which means’ The Wall’ was beautifully shot and beautifully written, with magnificent moments allowing the audience to digest slowly each emotion, each word and each step along this woman’s journey to adaptation; ultimately allowing nature to cradle her into the unknown.

This film made only $38 thousand USD at the box-office but garnered 3 wins and 11 nominations, one of which includes Best Foreign Language Film nomination for the 2014 Oscars. The entire film was voice narrated and there was no dialogue throughout. Even though it was slow-paced due to it’s contemplative nature, the cinematographic scenes and strength in the story; this really pivoted the film forward. There is no clear sense of what this ‘wall’ truly is, but may be symbolistic for a varied amount of things like learning ‘contentment’, ‘acceptance’, ‘bonding with nature/learning from nature’, and ‘simplicity of life/lessons from animals’. German actress Martina Gedeck held her own expressing a sense of longing, lost, yearning and dreadful gloom. A place we all can relate visiting at certain times of our lives.

Posted by Journey with Jair at 10:07 PM No comments: 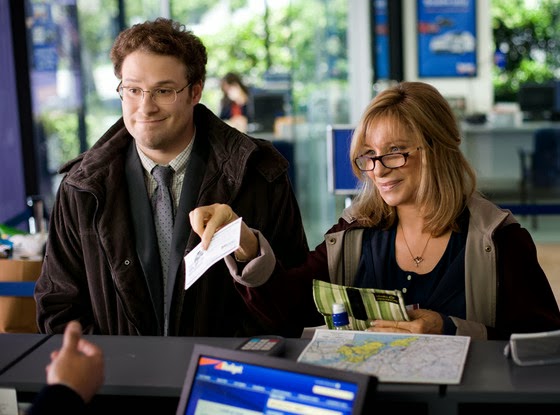 This 2012 comedy written by Dan Fogelman and directed by Anne Fletcher starring Hollywood favourites "funny-man" Seth Rogen and singer/actress Barbra Streisand was for me, anything but a comedy. Sure there were funny moments; the moments between most parents and children that we all experience that are funnily awkward. However I felt that this film was more of a 'family-drama' showcasing how relationships within the family change in time and how special moments bring that bond back together.


With a budget of $40 million USD, they were close to making it all back at the box-office but didn't and instead garnered one nomination; not the most pleasurable - 'The Razzle Award' for worst actress. Despite those facts I felt that Rogen and Streisand had good chemistry on camera and indeed delivered wonderfully the emotions that mother and son shared. Viewers were also reminded about the important lesson of 'not giving up' as well as realizing despite your love for someone; no matter how much you love them, if it's not right, it never will be and that it only means you're still on your journey towards finding the puzzle piece that fits your puzzle.


High on the 'awe-factor' but good moments of laughter throughout. I'd recommend as a good family bonding experience.
Posted by Journey with Jair at 10:32 PM No comments: