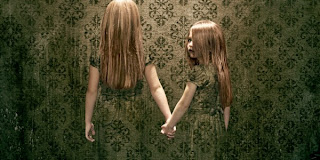 While the parents were visiting a couple months prior, we walked past a pretty impressive cinema poster called ‘Dream House’. It reminded me a bit of the classic ‘The Shining’ because of the small girls, and I wondered what this film might be about. Hadn’t had the opportunity to watch it till now, but I must say, well…it didn’t scare me; but it was rather gripping, mysterious and left quite a dynamic impression.

Written by David Loucka who has written other classics like ‘Eddie’ and ‘The Dream Team’ and directed by Irish Jim Sheridan, this film brought us good material and actors bent on delivering tremendously every time. The chemistry between newly-weds Daniel Craig and Rachel Weisz was incontestable and blue-eyed Naomi Watts kept the drama dial on ten.

It was a story about acceptance, letting go and allowing your mind to burn the past and be re-born. I thought the audience could have learnt a bit more about the villain in the story and accomplice to bring some closure to the horrendous occurrence that took place. I was glad the film didn’t end abruptly as these sorts of films usually tend to; however the final scene was so short and insignificant that it certainly felt as though they could have left it out altogether.

I really enjoyed the way Will (Daniel Craig) rediscovered the appalling instances believably and it made the viewers feel for him as they slowly became closer with the family’s core. Sisters, Taylor and Claire Geare who played the daughters to Will and Libby (Rachel Weisz) did just that and were delightful, happy, squealing girls. Girls lucky enough to pose for the iconic poster, I’m sure will lure many more to watch this film as well.

Sometimes we find that Dream House, and slowly we begin to realize what we want shouldn’t just be a house, but instead a solid home….